Here is a nice video featuring the Goldelico OpenPhoenux (GTA04), which is the successor of the Openmoko Freerunner (GTA02).

The video shows the GTA04 board booting and running the QtMoko GNU/Linux distribution which is based upon Debian GNU/Linux and optimized for smartphone usage. Furthermore it shows an early version of the 3D printed GTA04 case, which can easily be modified to everyones needs and ordered at Shapeways.

If you’re interresed in this awesome project, please have a look at its project page www.gta04.org and take part in the GTA04 Group Buy Tour.

This is a step-by-step guide, which should get you from zero to a working SHR on your GTA04 in just a few minutes.

The new U-Boot system (as of November 2012) provides a graphical multi-boot solution.
If your device is shipped after November 2012 you’ll probably already have this system pre-installed.

Otherwise you’ll have to get the latest hw-validation image from  http://download.goldelico.com/gta04 and put it on a specially formated microSD card (using the makesd script). Then boot this special hw-validation microSD card having the AUX button pressed, to flash the new boot system (the screen will trun red while falshing).

After switching back (or reformating) to your normal microSD card you can always access the boot menu by booting the device, having AUX pressed.

Your microSD card can have several partitions, e.g.:

To install the SHR image, you have to untar the image you downloaded to the “rootfs”-partition. Then you have to copy the bootargs.scr file to /boot (on the microSD card).

After you cleanly unmounted the partitions and put the microSD card back into the GTA04 you can boot your device, having the AUX button pressed (to access the boot menu). You’ll be greeted by the graphical U-Boot multiboot selection. Select the partition to boot from (e.g. SD:1 for SHR).

Next, a first start wizard will pop up, which let’s you choose between some options.

Be aware to choose a scale factor of 2.0 when asked. Other than this you could just keep the defaults.

If you want to use the WiFi/Bluetooth chip, you have to use a non-free firmware from Marvell.
To get it you have to install linux-firmware-sd8686.

You successfully installed SHR on your GTA04.

For further information or if you have any issues, please consult the SHR wiki.

I just came home from my christmas holidays and found a nice, little parcel from Shapeways in my mail box. It contained my first experiment with the Blender 3D software and the Shapeways 3D printing service.

A few weeks earlier I started to work on the original Openmoko Neo 1973 (GTA01) CAD files, as found at goldelico.com, with the intention of creating a 3D printable model, which I could print and use as a case for my new Goldelico GTA04 smartphone. To get started I got a Blender 3D crash course by a friend of mine.

As I never did any 3D work before I started with the easiest part – the battery cover: 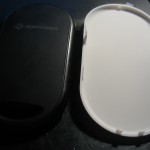 This first prototype was printed using the “White Strong & Flexible” material offered by Shapeways. As you can see on the pictures, this material is a little rough, but still feels nice in the hands. Furthermore I removed the hole at the bottom, as it was pretty hard to design.

The printed part fits nicely on my existing Openmoko Neo Freerunner (GTA02) case, which contains my GTA04 board at the moment: 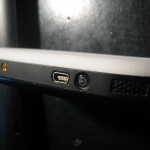 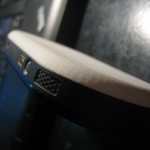 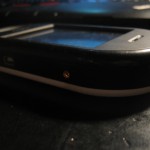 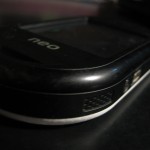 Now, that my first attempt was pretty successful, I plan to further work on this topic, to acquire a full case for my GTA04, so I can use the old case for my beloved Openmoko Neo Freerunner (GTA02) again.
As a next step I’ll modify the Neo 1973’s middle and front parts to be printable with a 3D printer and I’ll probably try to print them using a less rough material, to compare the results.

If you like this effort, I’d be happy if you’d go to my Shapeways site (“SlyParts”) and order the first part of your GTA04 case, which will raise 1€ for myself, which I’ll use to order further prototypes.

If you don’t have a Goldelico GTA04, yet, you should take a look at the GTA04 Group Buy Tour, where we collect a batch of 350 orders which will be produced at once, so the price can get squeezed down.

If you ordered a part at my Shapeways site, please leave a comment here about which material you used and how it feels. 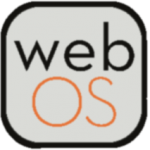