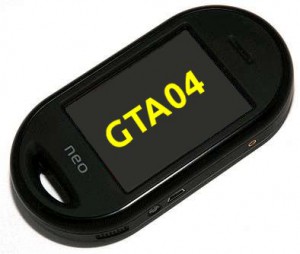 The replacement board for the Openmoko Neo Freerunner and Neo 1973 – called Goldelico GTA04 alias “Phoenux” – just arrived at it’s final production stage after another slight delay.

The Goldelico GTA04[1] is a state of the art hardware upgrade for your Openmoko Neo Freerunners and Neo 1973s. It has an ARM Cortex A8 800MHz processor, 512MB of RAM, a HSDPA 3G modem, an OpenGL ES 3D graphics chip, Wi-Fi, Bluetooth, and much more…
For a detailed overview of it’s technical specification and the story behind it, see my other post[2].

The first three “GTA04 Early-Adopter Boards” arrived at the labs of Golden Delicious Computers in Munich[3] and successfully went through the semi-automated hardware validation test. The remaining GTA04 EA boards are expected to arrive later this week.

After those remaining boards passed the test, they are ready to ship to their new owners, who are already very excited about their new free smartphones and ready to develop free software for it.

It is expected that the FreeSmartphone.org[4] middleware will quickly support the GTA04, which makes it possible to run phone distributions like SHR[5], QtMoko[6] and Aurora[7] on it. And of course Debian GNU/Linux will run on the Goldelico GTA04 as well, as it is the default OS on the EA boards[8].

If you want to know how you can support this project, which now needs to shoulder the production of the next batch of GTA04 boards, which will then be available to the public, you have serveral opportunities: